Kathmandu, April 2011. We landed in Kathmandu as wannabe mountaineers aiming to achieve the ambitious goal of reaching the Everest Base Camp (EBC). We were not alone as the chaotic Kathmandu airport was full of genuine mountaineers and trekkers in search of high altitude adrenaline. As the three of us from the IT city of Bangalore “adjusted” in the backseat of the small Maruti 800 cab as we craned our already cramped necks to peer out into the city, the capital of Nepal and most populous in the small landlocked erstwhile kingdom with a population of more than 1 million. The population density of the city was apparent as we drove through the highway and narrow lanes. It was a city and a country struggling hard to emerge from its status of a developing nation. However, little does the world know (including us) that Kathmandu and the two sister towns were the oldest towns in the world tracing back to the period between 167 BC and 1 AD. The medieval name of Kathmandu was Kantipur, which derives its name from two Sanskrit words – Kanti and pur. Kanti is an alternate name for Goddess Lakshmi (Goddess of wealth) and pur means place or city.

Our hotel was in the popular Thamel district, a melting pot of backpackers, trekkers and serious climbers across the world. The entire area was bustling with energy, the high altitude types across the bar and shops lined multiple narrow streets criss-crossing with each other confusing the hell out of us newcomers. If the day wasn’t alive enough the night was kicking big time as those bars and restaurants rattled live music from reggae to rock. 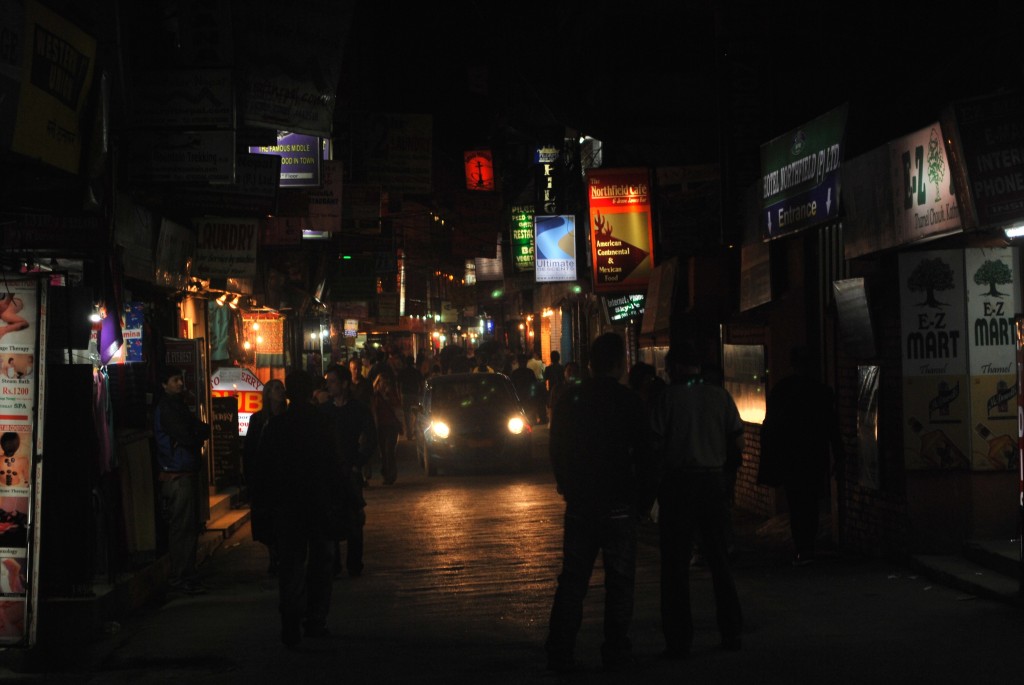 After we came from the EBC, successful I will add, we (at least me) were on a shopping spree as we haggled the wits out of the hawkers buying clothes, souvenirs and everything that smelled adventure – right from hiking gear to gore-tex wear to take back home. It was quite a bargain.

Before embarking on the ambitious trek we had a day in Kathmandu to cool our heels before they freeze at EBC some days later. We decided to “check out” the city. So we walked and walked from Thamel towards the Swambunath Stupa. It was an half an hour, with vigorous steep step climbing involved. Acclimatization walk, we justified this act. Now, Swayambhunath Stupa is also known as the “Monkey Temple” as we soon discovered seeing hordes of our simian cousins around the place. There were also hordes of tourists (many of them trekkers like us) scaling up the mammoth staircase getting a taste of what was to come in the days to come towards EBC. 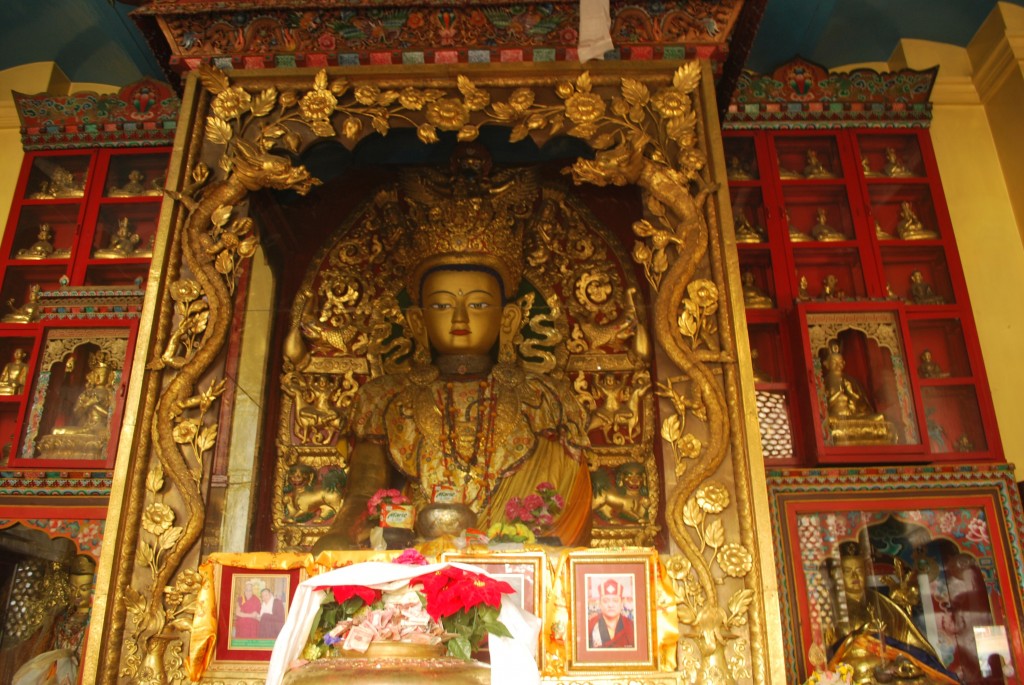 Swayambunath is among the oldest religious sites in Nepal founded in the 5th century BC. Apparently Emperor Ashoka of the Maurya dynasty is said to have visited in the 3rd century BC. Although the place is Buddhist, it is revered by the Hindus as well. The complex is  consists of a Stupa, a variety of shrines and temples, along with the a monastery, museum and library. The complex at that height provides as beautiful panoramic view of the urban jungle of Kathmandu.

After the successful (I will add this adjective again…proudly…ahem!!) EBC trek we were back in Thamel and many unused buffer days from the original trek itinerary. We decided to go around Kathmandu and where else but the famous Pashupatinath Temple, the oldest Hindu temple in Kathmandu in the only Hindu nation representing the third largest religion in the world. The temple’s existence dates back to 400 AD. It is one of the largest Hindu Temples in the world and one of the most visited. 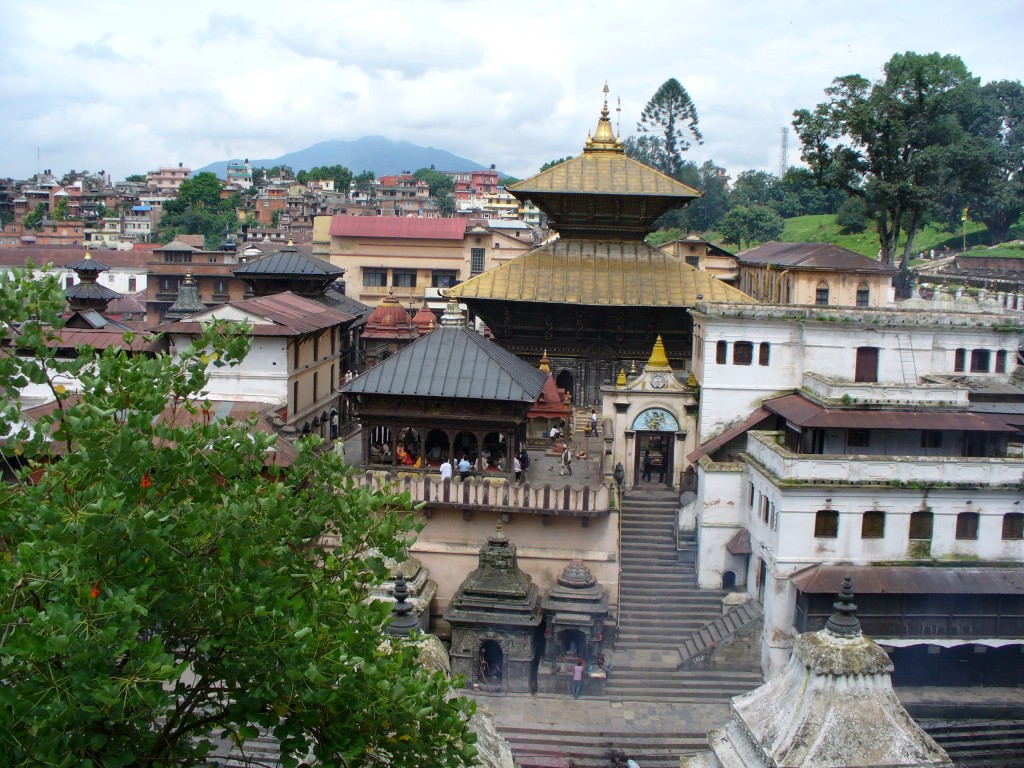 There was a huge queue, which would’ve taken at least four hours for us to get inside to see the inner sanctum. Dedicated to Lord Shiva, the temple has numerous stories and myths on the origins of Pashupatinath.

The Durbar Square is used to describe the plazas opposite old royal palaces in Nepal. It is like an open air museum showcasing Nepali architecture. Hidden behind its ornate 12th-18th century facades are temples, shrines and the Kumari, a pre-adolescent living goddess off-limits to foreigners. 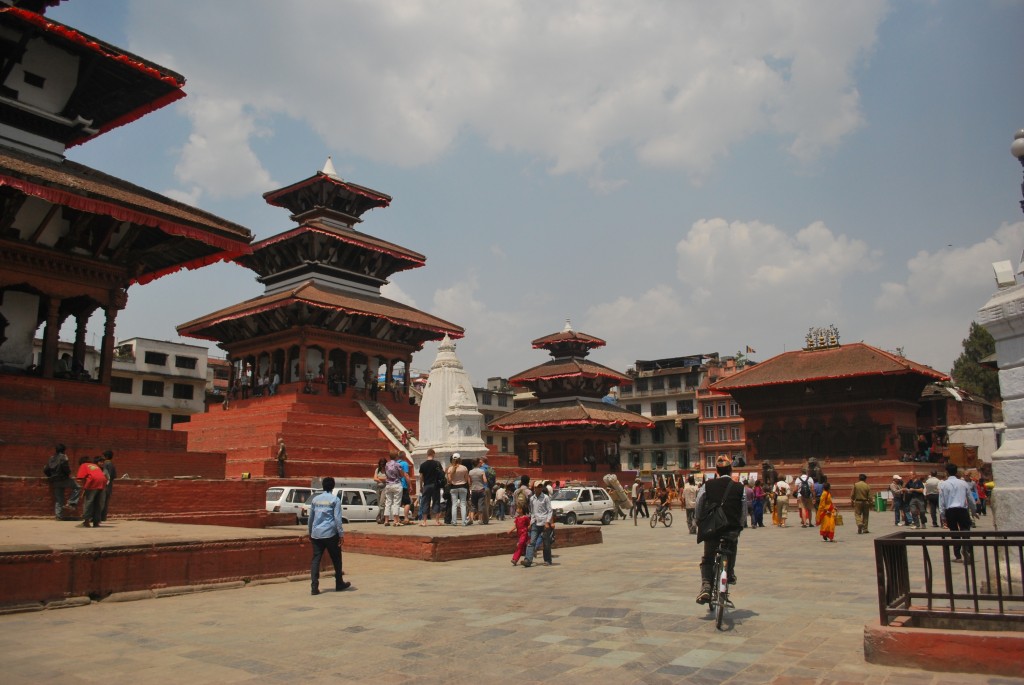 Bodhnath Stupa, an enormous stupa and an important religious centre for Buddhists is another place to visit in Kathmandu. However, due to lack of time or rather using the remaining time to shop in Thamel we decided to skip it. 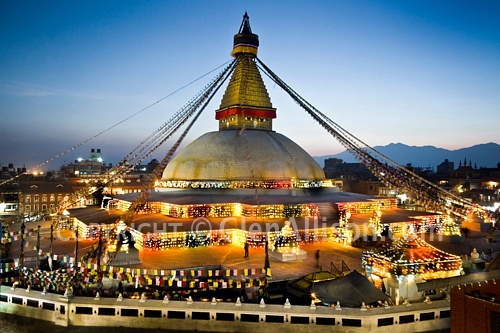