This was  the 3rd edition of Kaveri Trail Marathon. Last year some 200 odd participated and this year 700+.
Venue was at Srirangapatnam, near Mysore, next to Ranganthittu Bird Sanctuary.

Since this was some 120 km from Bangalore we  started off from Bangalore at 4 am in pitch darkness. But the drive was pretty fast and we reached well before time with a coffee thrown in between. 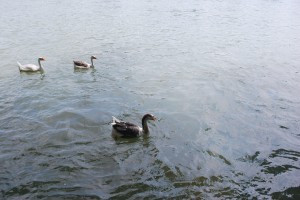 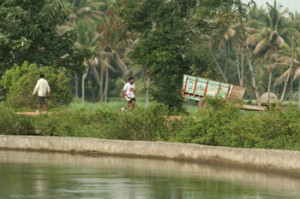 And what a spectacle it was with runners, volunteers and supporters at the starting line. The run started at 7 am (I participated in the half-marathon).  The trail was 10.5 km long alongside the green fields and accompanied by Kaveri, the river. It was a true cross country race, very scenic, unpolluted and e
Full marathoners started off first followed by the half marathoners. The 10 km was at 9 am.
While I did the first 10.5 km within 55 min, but in while returning during the last 5 km struggled with the Sun now beating down in full glory. My timing was below my best, but it was the memorable experience I took back and not my race standing, so did all the runners.
Hoping to have more such runs. 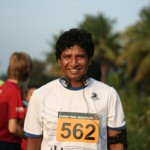