Am a little late to put this up…but hey ! can’t miss this
The much awaited BSA Hercules Cyclothon i.e. the cycling event, first event of its kind in India, happened on 11th October 2009 in Bangalore.  After much fanfare, promotions, massive participation, nice goodie bags, reduction of race distance for amateurs (from 50 to 36 km)….it finally took off.

I planned with Aravind to drive down using my new cycle rack  (for our bikes) which I had just picked up from Canada. Coming back from a long trip I wasn’t prepared physically but was all eager to be there for the momentous event. 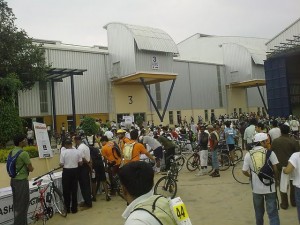 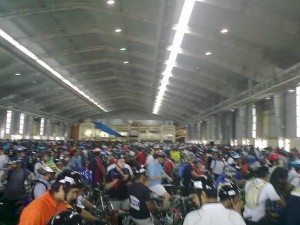 We were late and reached when the elite riders were coming back and what a sight it was. 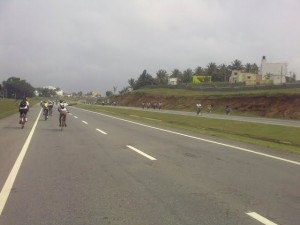 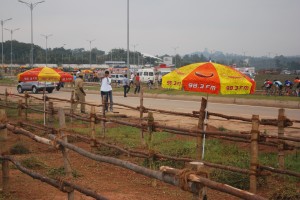 Sabu Ganegar (20 years old) of Patiala clinched the crown in the elite category.

Ganegar finished the 65 km race in a time of 1hour, 27 minutes, 54.76
seconds while Sachin Pawar of Delhi came in second place with a time
of 1.27.56.76.
The elite race was also marked by a big crash in the peloton and 4-5 riders were seriously injured.

The amateur race started late and we all went for it. Great road, nice scenery and lungs & legs in action. 1hr later I was at the finish line.

A great event with encouraging participation from all bikers and audience alike. Here’s for more for such events !! 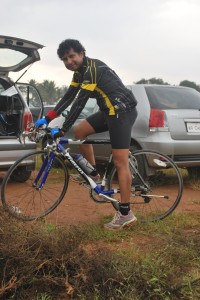