‘In Bruges? What the fun!’ An astonished Colin Farrell cries out in the movie “In Bruges” or something similar to that effect. (Keeping in mind the tone of the post I have taken the liberty of replacing the four lettered commonly used expletive starting with “F” and ending with “K” and the word is not a fashion brand, with the word “fun”.)

Fun (not-replaced and with its intended meaning) was exactly the Belgian weather gods had in mind when we alighted from the bus at Bruges. It was a four hour journey from Paris and PB well-versed with the unpredictable Belgian weather conditions had armed both of us with umbrellas (one of them newly purchased just for the occasion).  However, the other hapless tourists were caught unawares as the rain poured in.

As we walked into the town, huddling with others under the small fashionable parasols, the expected delectable aroma of the chocolates and waffles faintly made its way into our nostrils fighting hard against the musty smell of the rain.

Ah! Bruges! This will be fun (not-replaced again)! 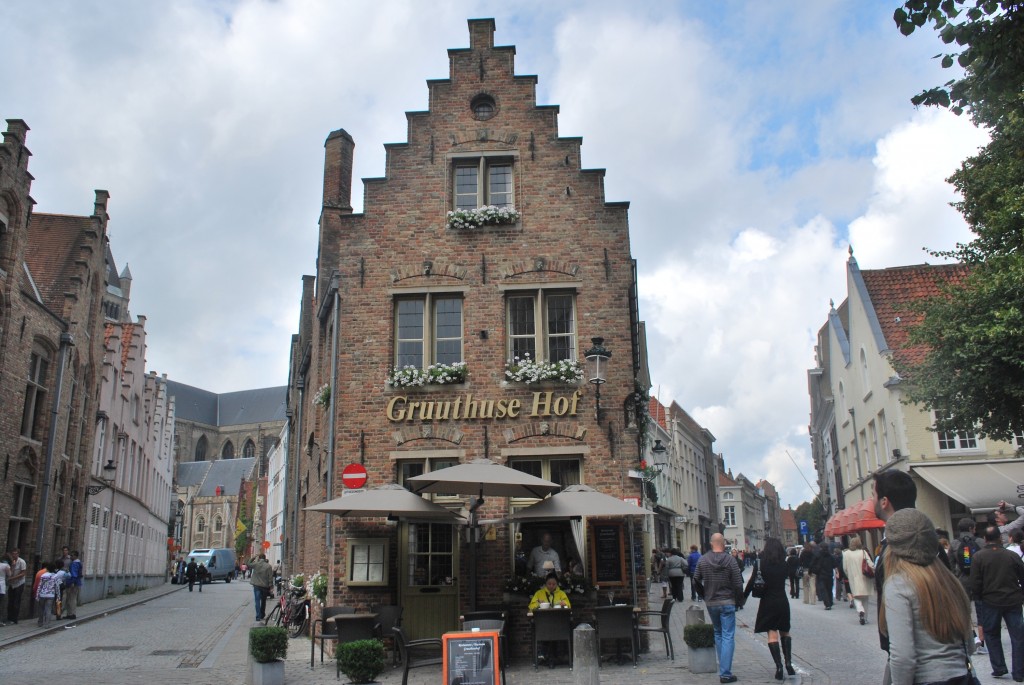 PB and I were here on a day trip and after having a first look at this quaint little 9th century town, undisturbed and unspoilt by the vagaries of urban development, we were already regretting our decision for such a short stay.

Bruges or Brugges (in Dutch) is the capital and largest city of the province of West Flanders in the Flemish region of Belgium. This historic city is a World Heritage Site of UNESCO. 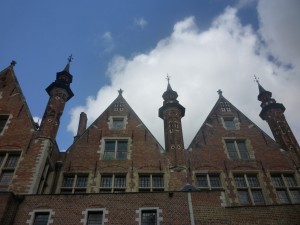 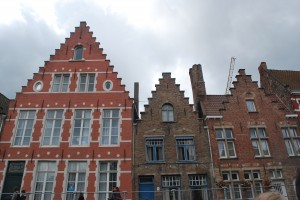 The rain had stopped suddenly as sudden as it had started. We walked slowly in the cobble-stoned streets lined with pretty chocolate and waffle shops, towards the canal, as horse carriages driven by giant horses (am not exaggerating) with hoofs as wide as the trunk of the Redwood trees (exaggerating a bit here, but you get the picture, right?) passed us by. 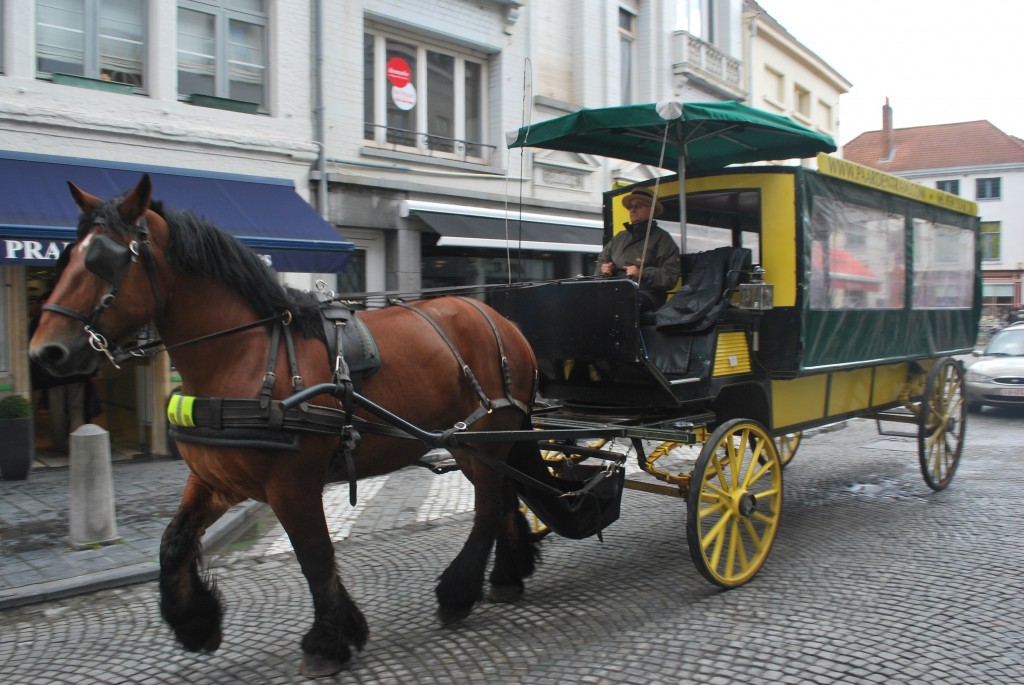 We looked around the flea market which had the prettiest antiques possible.

Soon we started exploration like the seafarers of the yore. However, to scale it down in plain terms, we boarded the boats on the canal around which this small city is built. Bruges, characterized with its canals is often referred to as “The Venice of the North”. 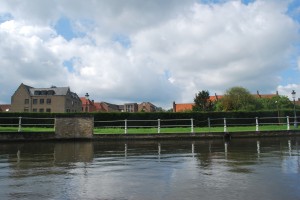 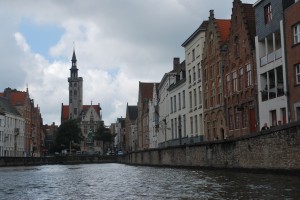 The half an hour exploration took us through the length and breadth of the town as we passed various landmarks and monuments seeped in history and the houses with typical “brick-spire-roof” medieval architecture. The captain (?) or the driver of the boat fluent in many languages was giving a non-stop commentary in various languages about the place with the occasional applause. However, that applause reached to deafening levels he pointed out Claudia Schiffer’s house with her dog sitting near the window. 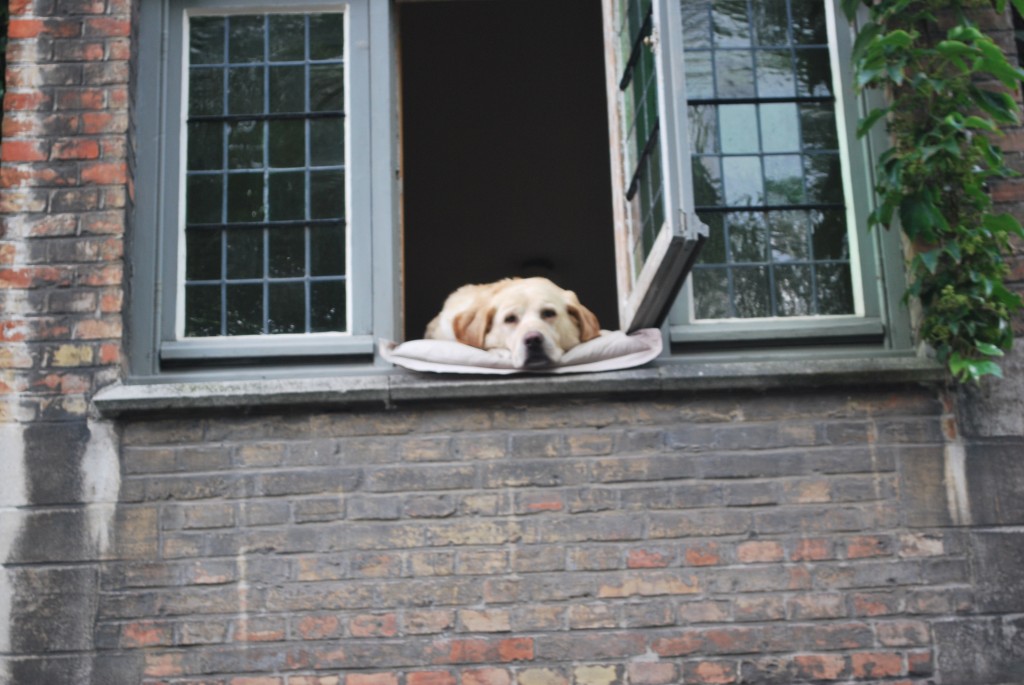 As soon as our boat ride was over, it started to rain. PB and I sought refuge in a café and immediately ordered (much needed) hot soup to get over this cold weather. 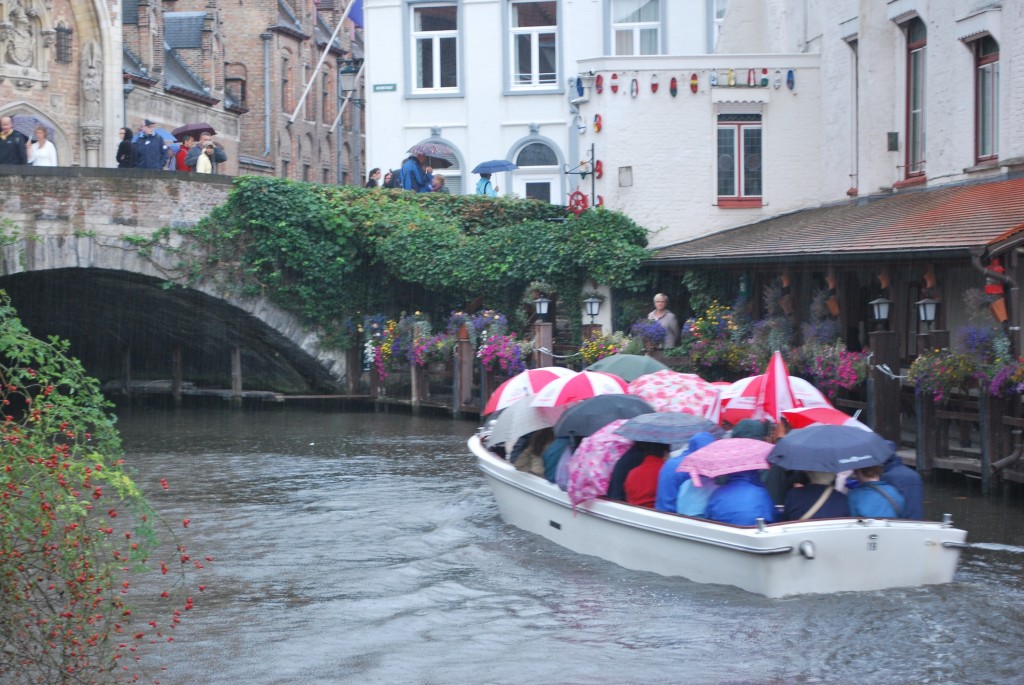 This small city of Bruges houses many monuments and museums. The famous landmark is the 13th century belfry (bell tower) with 48 bells.

Of its many medieval buildings, the most notable one is the Church of Our Lady, whose brick spire reaches up to 122 metres making it one of the world’s highest brick towers/buildings. 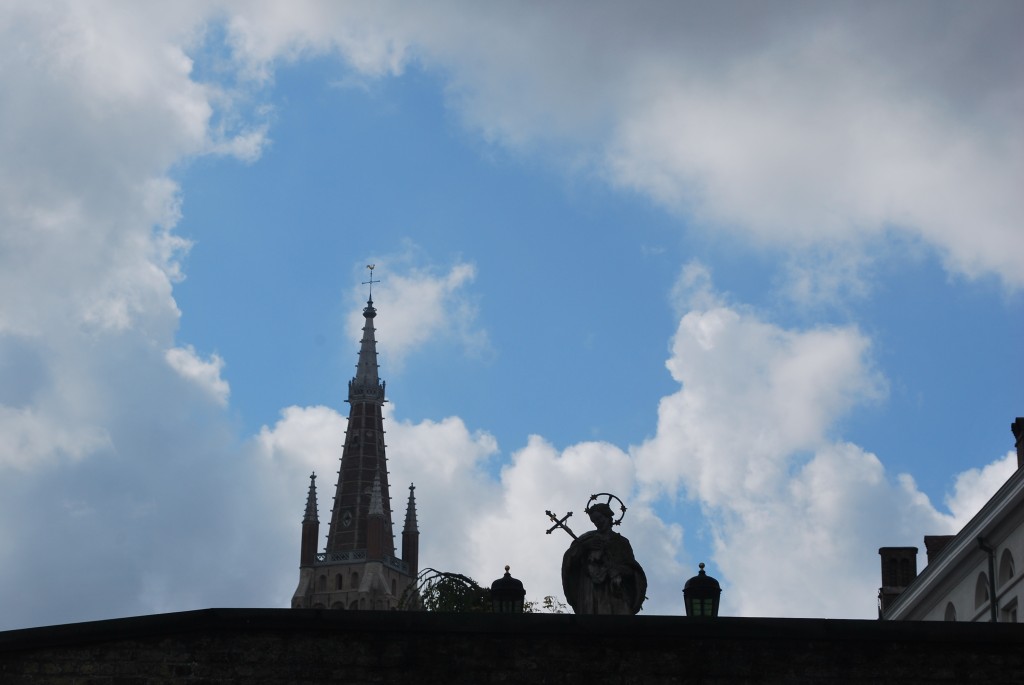 The rain was continuously playing hide and seek as we hid in the various museums to escape its sight.

Amongst the museums, Groening museum is a famous one, which houses six centuries of Flemish and Belgian paintings.

Brewery Museum (Belgium is famous for its beers) and Choco-story (chocolate museum) are one of the most interesting ones as well, as we went into a frenzy of shopping chocolates. And what a pleasure it is to see the variety of chocolates with different flavours and intricate shapes carved intricately only lose it by melting in the mouth and in the process help lose the shape of the person mainly at the girth. No, I didn’t see any zero calorie diet chocolates (what’s the point?).

We passed the opportunity to have the freshly brewed Belgian beer as we had to hurry back to Paris, regrettably.

Yes, apart from the short duration of the stay it was real good fun (not replaced and with its intended meaning).