Post the Auroville Marathon and celebrations we decided to go via Mahabalipuram (60 km from Pondicherry) – Chennai bypass. It would be a long ride and still we started late aft 10.
Mahabalipuram (also known as Mamallapuram  is a town in Kancheepuram district in the Indian state of Tamil Nadu. It has an average elevation of 12 metres (39 feet).

Mahabalipuram was a 7th century port city of the South Indian dynasty of the Pallavas around 60 km south from the city of Chennai in Tamil Nadu. It is believed to have been named after the Pallava king Mamalla. It has various historic monuments built largely between the 7th and the 9th century, and has been classified as a UNESCO World Heritage Site.

As we reached Mahabalipuram we quickly bought the tickets and started out date with history. Now Mahabalipuram has a lot of monuments intact and it seems Tsunami in 2004 also uncovered some of them.  The details one could get at http://www.mahabalipuram.co.in 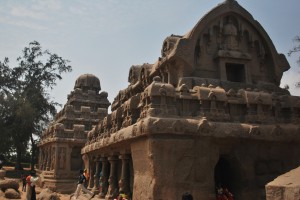 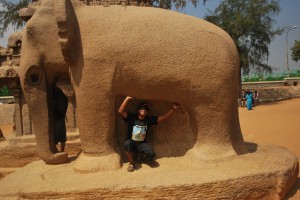 There were some amazing stone carvings we discovered in many temples as in the pic below. The Shore temple (below) was the highlight centuries old still standing there majestically.  Roy had joined us at the Shore Temple. After a trailblazing photography session with our SLRs. 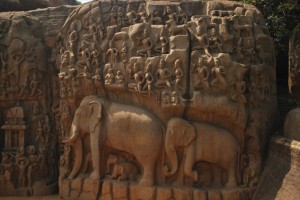 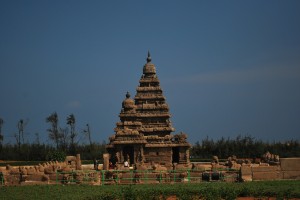 Engravings and the Shore Temple 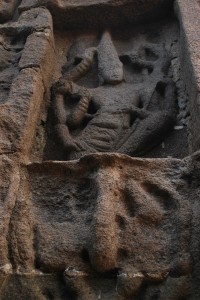 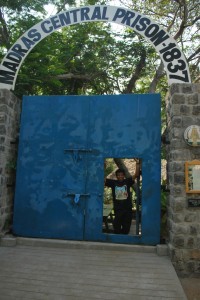 Carvings (at Shore Temple) and Hotel In Deco (formerly a prison)

We decided to have lunch at the Hotel In Deco, adjacent to the Shore temple. It was a sumptuous lunch and the ambience of the hotel was also nice. Highly Recommended. The Hotel was formerly a prison. 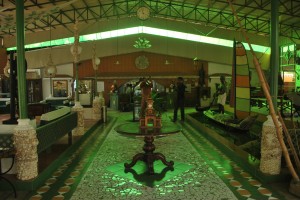 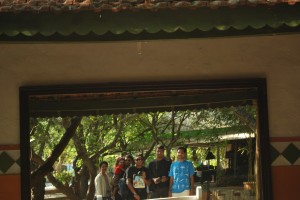 Finally, at 4 pm we set off towards Chennai – Bangalore. As we approached Chennai, we missed the bypass road and had to turn back to take the same (one has to take a right turn at  some 35 km before Chennai). We had a tough time finding the Chennai bypass road as there were no signboards and we had to ask the pedestrians for direction. It took us close to 2 hours to cross Chennai bypass and get on the Chennai-Bangalore highway. And further had to drive quite a bit some 2.5 hours more (150 km from Bangalore) to find a good hotel for coffee. It was a long, straight highway however with unexpected intersections, so one had to be very careful while driving. In spite of the route, we had our bit of fun with the music in the car esp. ones by RD Burman and some hard rock, played by the PJs i.e. Pod Jockeys – Kiran and me.

We finally reached Bangalore at 11 pm. And one week later as the tiredness has disappeared, can’t help thinking what a fun trip it had been.